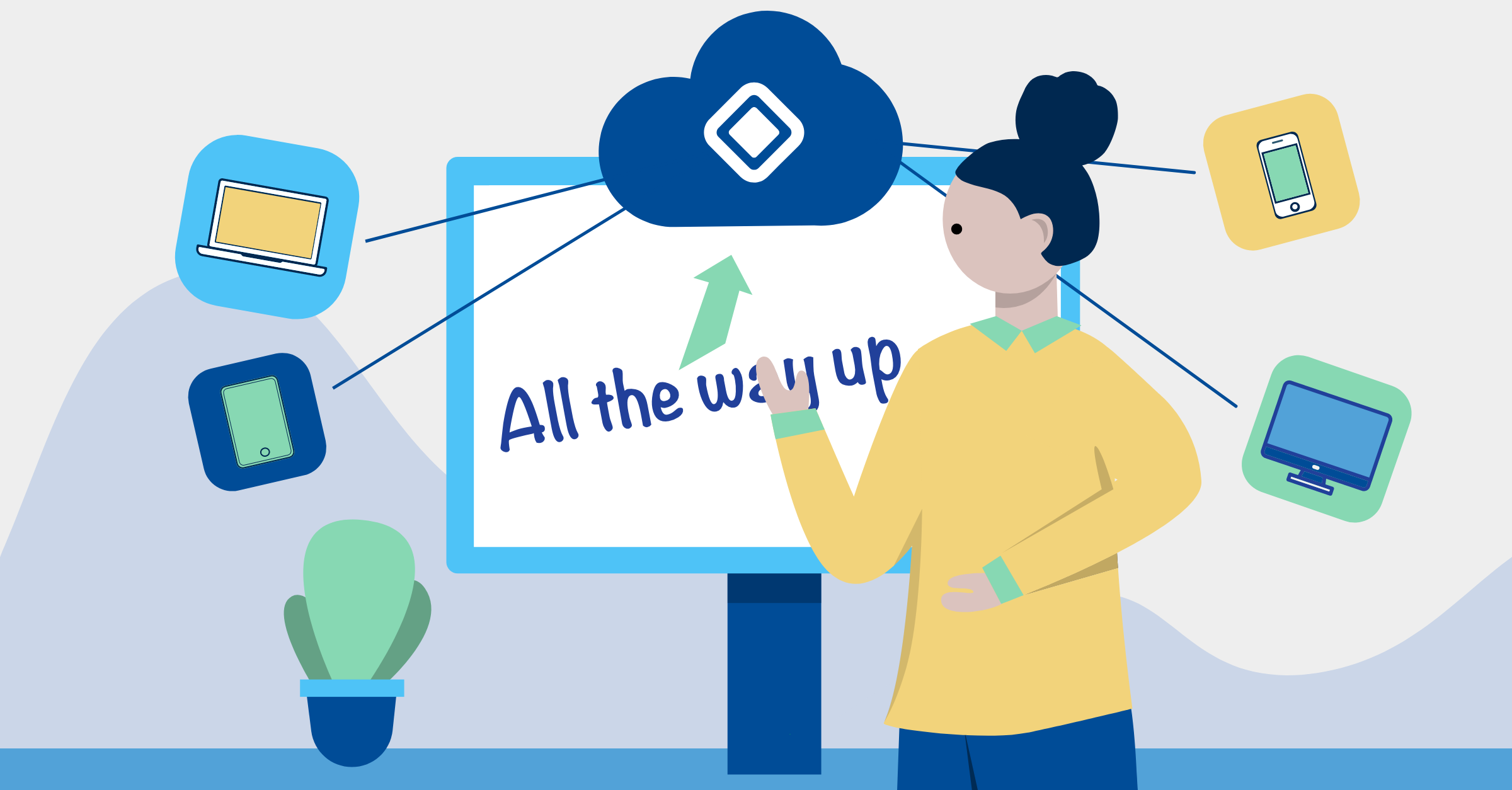 All the way up – Cloud Computing and Modularization

The current COVID-19 crisis has revealed new working patterns, such as increasing importance of decentral and flexible work. This is especially due to the mandatory home office during the pandemic. A study from the European Economic Research Center showed, that this development will likely to be sustained in the long term. According to the study, 46% of all companies intend to keep home office as a normal part of daily work, hence it is more accepted than before the crisis. Initially, many employees struggled with basic equipment, like company laptops or a stable internet connection. Another far more complex challenge was the decentral collaboration among colleagues: There often appeared a lack of dissemination of internal information and access rights. One effective solution for this problem is using a cloud.

Constraints and problems of using a cloud

Cloud Computing is often considered to be the next inevitable step for dissemination of information. Previously, there was an accumulation of knowledge in open-plan offices, while nowadays this knowledge is saved electronically. As a result, it was transferred from seat groups to the server room, where the knowledge is accessible from the whole company premises. What is the next logical step? Of course, providing access from any location. Cloud Computing provides this possibility and allows collaboration not only in times of a pandemic, but also at any time from any places. The knowledge, Intellectual Property (IP), that is saved in the cloud, is extremely valuable for companies. Due to the safety reasons regarding their IP, using a cloud might cause anxiety for many companies. Stolen IP can lead to a high financial damage for a company. But no reason to worry: Through precautions, such as modern encryption, a cloud is nowadays as safe against external attacks as traditional on-premises infrastructure.

Technical infrastructure is not the only requirement for being well connected and a good collaboration. Collaborating also means not having to redo a colleagues’ work. Thus, reusing designs and modularization is a pivotal part for decentral and modern working. Modular working is a completely new concept for electronics development, hence some challenges need to be taken up. In the field of traditional PCB development, most databases, where the IP is saved, are poorly structured. Now most companies count on their developers’ memory in combination with a manual excel table – an auxiliar that only provides very limited options to manage it. One can imagine how hard it is to find a certain module without a concrete idea in mind as it was developed by someone else. Especially for new employees it is almost impossible to reuse their colleagues’ work. To provide the IP to be used practically in the design process, it needs to be managed centrally and automatically. Only algorithms can help developers to find the right modules, so the only way to solve this is transferring IP from seat groups into clouds.

One field working modularly from the start is the field of software development. For software developers, it is normal to not write every piece of code by themselves, but to fall back on a collection of already programmed snippets. Therefore, a feature does not need to be created from scratch every single time, but many features are reused. If the developer finds a suitable code, doubled work can be avoided. Instead, more effort can be invested into individualization and perfecting. All in all, new developments can be finished much faster – a great advantage in a world that will be getting more complex with even shorter development cycles in the future. In order to effectively work with modules, even while planning one needs to keep in mind how this part can be reused. This can mean some extra work at first, but once it becomes the natural way of thinking, a more dynamic and forward-looking development is possible. This is the only way, a high level of complexity can be achieved in the short development cycles that are usual nowadays.

One example in the field of electronics development using modules is the field of miro-chips development. In every device, there are various chips built in, which are not directly developed by the electronics manufacturers. Smartphones, for instance, provide a large variety of functions, which is only possible due to billions of transistors. In addition, Smartphone manufacturers launch a new model approximately every six months and every single model contains an incredibly high degree of Know-How and development. Developing all this within one company is not  economically effective – collaboration within the field is demanded. Some companies are specialized in developing chips as a business model. For instance, the company Arm Limited is specialized in designing processors and offers various versions of micro-chips. Such companies have a long history of knowledge and development and can provide a high level of expertise. Smartphone developers buy not only chips, but also years of development work and improvements. For chip-developers this degree of complexity is only possible due to modular working – they could invest effort into optimization rather than repetitive development work. As a result, they could contribute to the current state of technology.

When working with modules, also called building blocks, it is a step towards the future. On the one hand, it is often a challenge for companies to build up a suitable infrastructure for modular work. On the other hand, this effort will pay off in the long term. Regarding home office and more decentralized and flexible work, modularization is the next step to take. It will enable colleagues to collaborate even closer and master even more complex tasks. However, the advantages of modularization can only be used adequately in combination with Cloud Computing, as the IP need to be accessible from any location. Following these steps, the electronics industry will still be competitive in the future.

CELUS as a partner for future challenges

CELUS offers a data management and automation system, that is adapted to these developments. The database is saved in a secure cloud, which allows decentralized and parallel access by developers, which simplifies the work on joint projects enormously. Artificial intelligence not only allows to select and route the components within a few minutes, but also supports reusing existing modules. Faster developments, more time for optimization and simultaneously a modern way of collaboration is the key for long-term success. We from CELUS are sure: Modularization in addition to Cloud Computing is the future of electronics development.

Working modularly is a great challenge for the electronics industry. With the help of CELUS' Cubos,...

3 reasons to digitize your electronics development in 2021

The pandemic as a catalyst of digitalization changed the working world. Companies in the...

All about connectivity – Cloud Computing in electronics manufacturing